There’s nothing quite like getting into your cooking groove. You’re making one of your favorite recipes and can just turn your brain off and cook. You’re pulling out all of your ingredients, making space to chop and mince, your mouth already watering looking forward to a satisfying meal that you’ve prepared with your own two hands. Then you start to chop and… it’s not going as well as you’d hoped. You want to get into a rhythm, but everything you try to make a cut it takes one or two additional slices before you can get through. Suddenly frustration starts to set in, knowing that the cooking time will double if you can’t get into your normal rhythm.

For those who hate the inconvenience of a dull kitchen knife, our knife sharpener pro has you covered. The long-lasting carbide steel sharpener and user-friendly design will have you back into your cooking groove in no time at all. Having both a sharp and well-rounded variety of knives is crucial for allowing us to cook with ease. Here are some of the essential knives in a cutlery set. 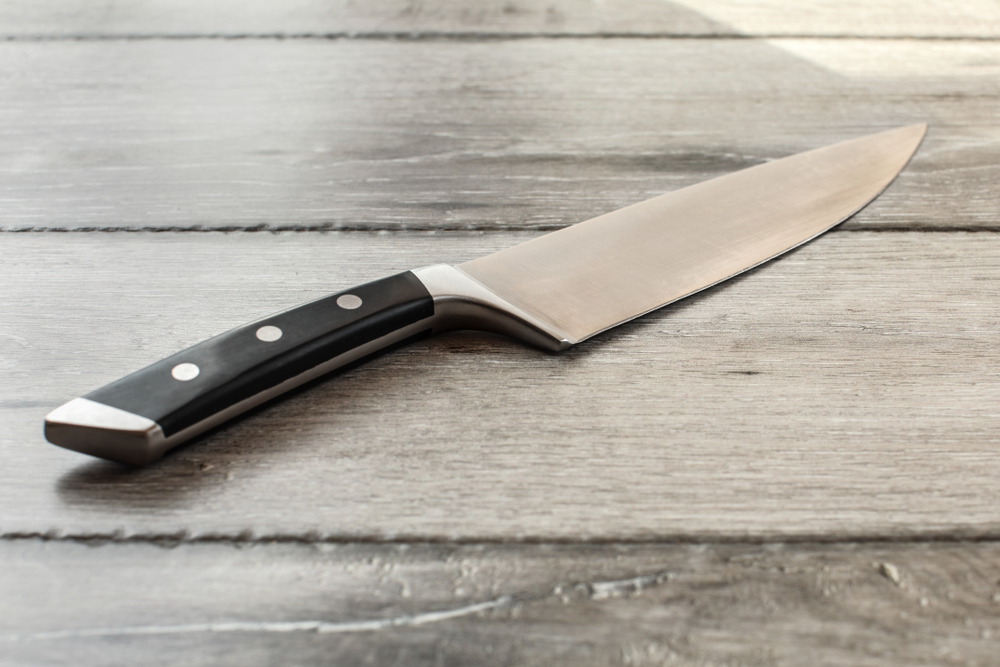 The Chef’s Knife is a must-have for anyone who cooks.

Also known as the cook’s knife, this blade is widely considered the most important to have in your kitchen. This is because the blade of a chef’s knife is curved, which allows it to have more versatility. It can be used for fast mincing due to the curved design, but it can also be used for chopping, dicing, and shredding. The knife is typically somewhere between 6-12 inches in length, depending on the size of the cook’s hands. It generally comes in either the French or German style, which differs in that the German blade is slightly more curved than the French.

If you’re looking for a higher quality chef’s knife, look for blades that are forged rather than stamped as they are more durable. In addition, when choosing a knife sharpener, it’s most important that it is able to work with your chef’s knife. Sometimes sharpeners will only be compatible with some of your knives and not others, but the chef’s knife will be the most frequently used and therefore the most important to sharpen. 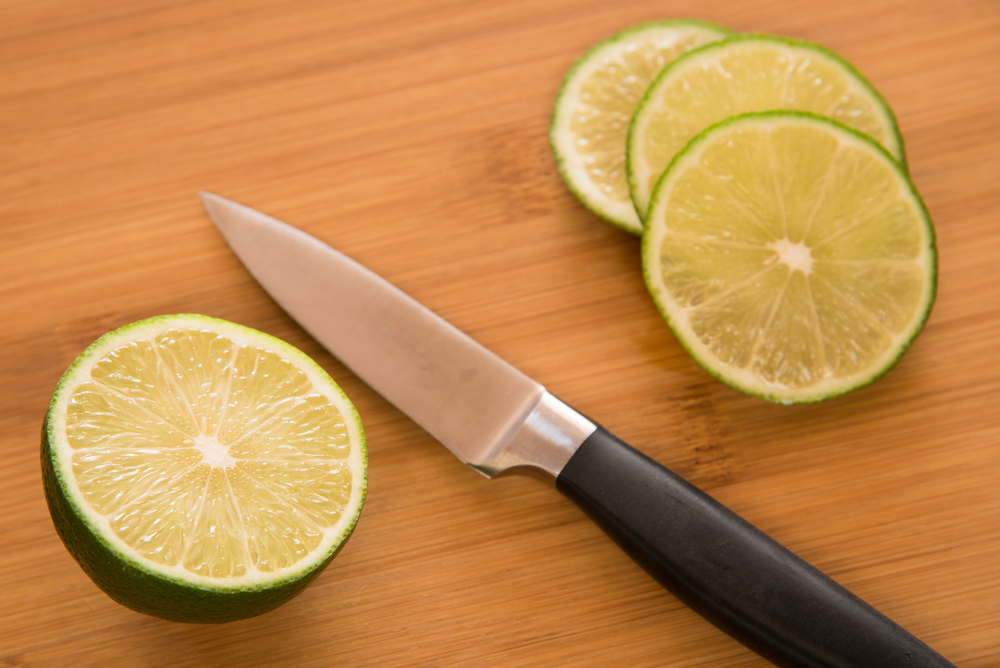 Use a Paring Knife for slicing fruits and vegetables.

The paring knife is sort of like a mini chef’s knife. It is a straighter and shorter blade, making it the preferred choice for more detailed cutting tasks. For example, this knife can be used for tasks like cutting vegetables, peeling potatoes, cutting fruits, etc. These precision jobs are ones that could prove hazardous if one were to use the chef’s knife because the size and shape of the knife would make it harder to be precise. Having a smaller option allows one to undertake smaller cutting tasks without the risk. 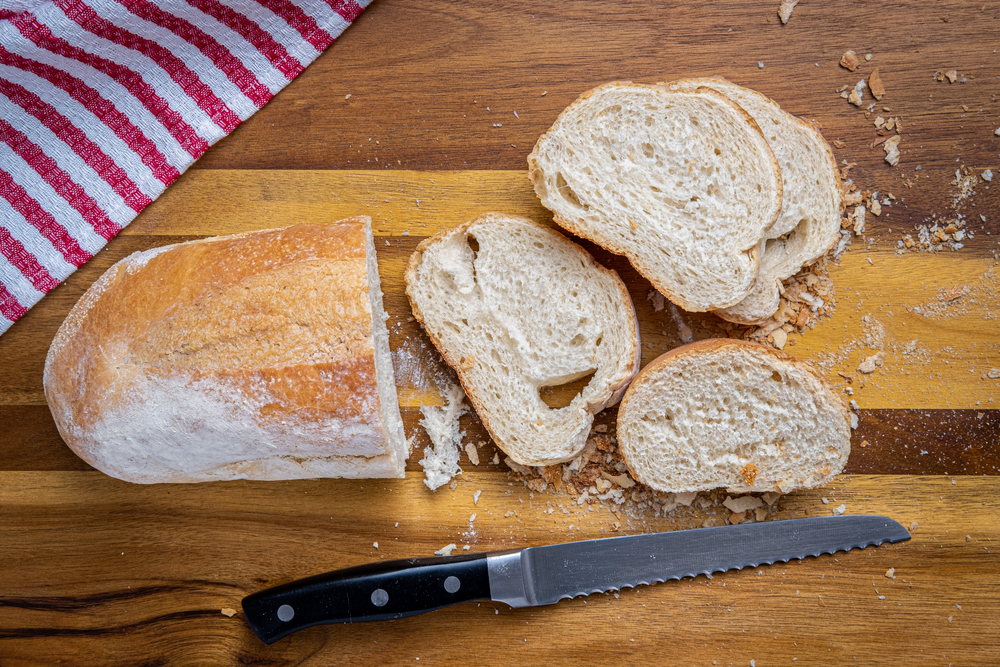 A serrated knife, otherwise known as a bread knife, is a knife with saw-like edges along the blade. These edges allow one to make precision cuts without crushing whatever it is you’re cutting. This most often comes in handy when it comes to slicing bread, but it can also be great for cutting fruit and meat, poultry, and seafood. This blade is typically 7 to 10 inches long and is narrow and straight in shape.

The serrated knife, paring knife, and chef’s knife combine to make the barebone cutlery set. Typically basic cutlery sets come in either three or five knife packs, so if you’re looking for the three-knife set we recommend sets that include these three types of knives.

This knife is essentially the Japanese version of the chef’s knife, it is similarly shaped but slightly shorter and thinner. The word Santoku means ‘three virtues’ which are slicing, dicing, and mincing. Although it looks similar to the chef’s knife, it requires a different cutting technique. Rather than a rocking motion, the knife needs to be lifted each time, only touching the cutting board at the end of a slice. This makes it less suited for mincing herbs, but a better choice for creating paper-thin cuts. The dimples that sometimes appear along the blade also allow it to cut easily through meat and fish without the food sticking to it. 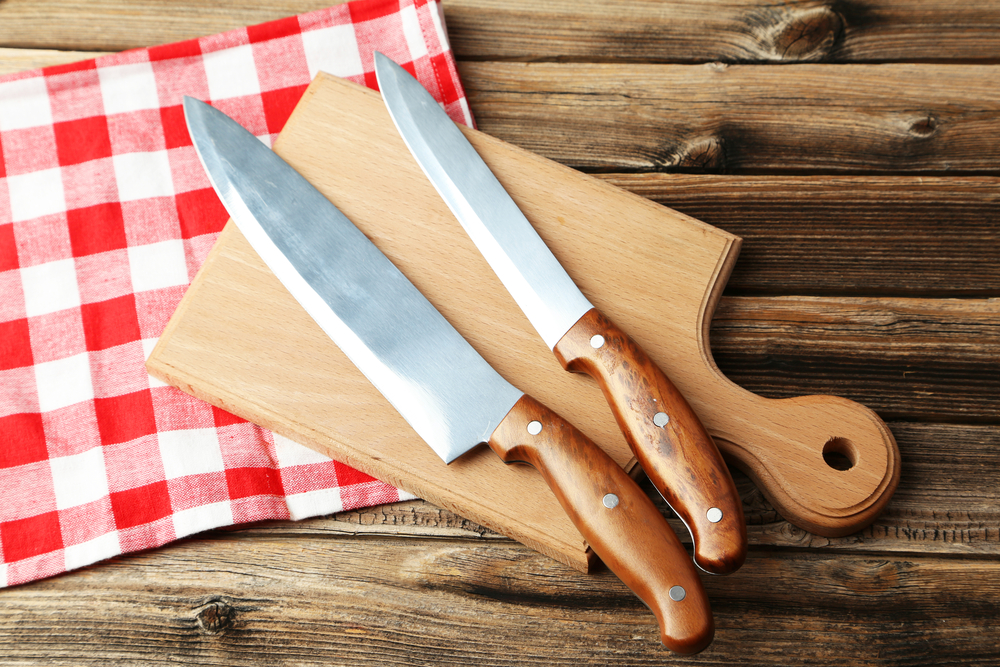 A Utility Knife is another great all-purpose knife.

This knife is like a medium option between a paring knife and the chef’s knife. It’s between them in both size and curvature of the blade, which is less curved than a chef’s knife but more curved than the paring knife. This is another knife that can handle a variety of tasks, hence its name. Although it’s not the best for chopping larger items, the narrow blade and smaller size allow for thinner slicing, trimming, and fileting with a higher range of control.