Here’s an experiment for you: Find the nearest East Coaster and utter the word ‘soda’ in front of them. Watch carefully as they do a double-take, sputter, and cough- staring at you as though you’ve uttered a curse word. You will find that you experience equally hilarious results if you find a Southerner and utter the word ‘pop’. Though there will always be a miniature civil war between the ‘pop’ and ‘soda’ regions across the U.S., that doesn’t mean we can’t enjoy these fizzy delights. And, just like these words vary state to state, so do the specialty soda and/or pop choices. Check out our picks for some unique craft sodas across the U.S.:

Although this soda was originally invented in Massachusetts, it has been dubbed the official soft drink of Maine. Its bitter taste with a slightly sweet undertone could be called an acquired taste by some, but it has certainly been acquired by a lot of the east coast. Not only is this drink found in Maine, but it can also be found in states like New Hampshire, Vermont, Connecticut, Rhode Island, and even Pennsylvania. It was created in 1876 and actually helped to popularize the term ‘moxie’- not the other way around.

This soft drink originated in Texas in 1937 and was the first red-hued cream soda in history. The drink was originally called Sun Tang Red Cream Soda, which just rolls off the tongue so much easier than Big Red, right? The flavor is commonly compared to Bazooka bubble gum, though it is more technically a blend of citrus and vanilla. Today, Big Red is distributed by Dr. Pepper so it can be found in a few states throughout the South- including Kentucky and Southern Indiana. 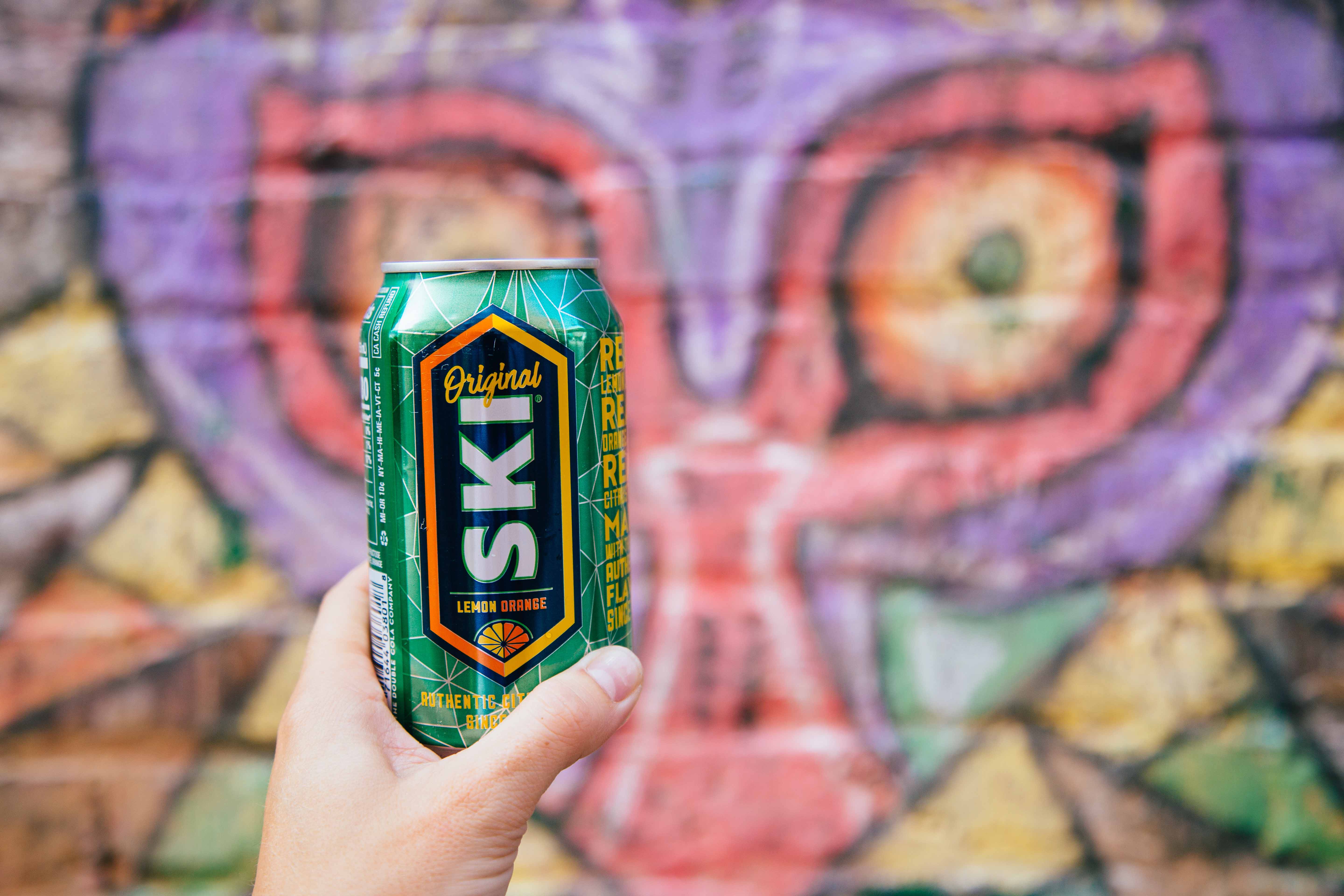 Ski was invented in the 1950s during America’s soda boom in Tennessee. It is currently distributed by the Double Cola Co. and can be found throughout the Midwest and Southwest. Its inclusion of real orange and lemon juice sets it apart from it’s artificially flavored equivalents. There is also a cherry flavored variant of this summery soft drink called Ski InfraRED, which is slightly rarer and found in only select locations like Utah and Alaska.

This soda was created in 1917 in North Carolina during the WWI-induced sugar shortage. Overcoming the odds, inventor L.D. Peeler created Cheerwine which was the world’s first bottled cherry soda. The business is still family-owned to this day, passed down through five generations. Sometimes referred to as the ‘Nectar of North Carolina’ it is the, “oldest continuing soft drink company still run by the same family,” according to the Salisbury Post. The flavoring is so popular in the South that is has inspired recipes for barbecue sauces, salad dressings, cakes, ice cream flavors, and even a Krispy Kreme donut flavor. 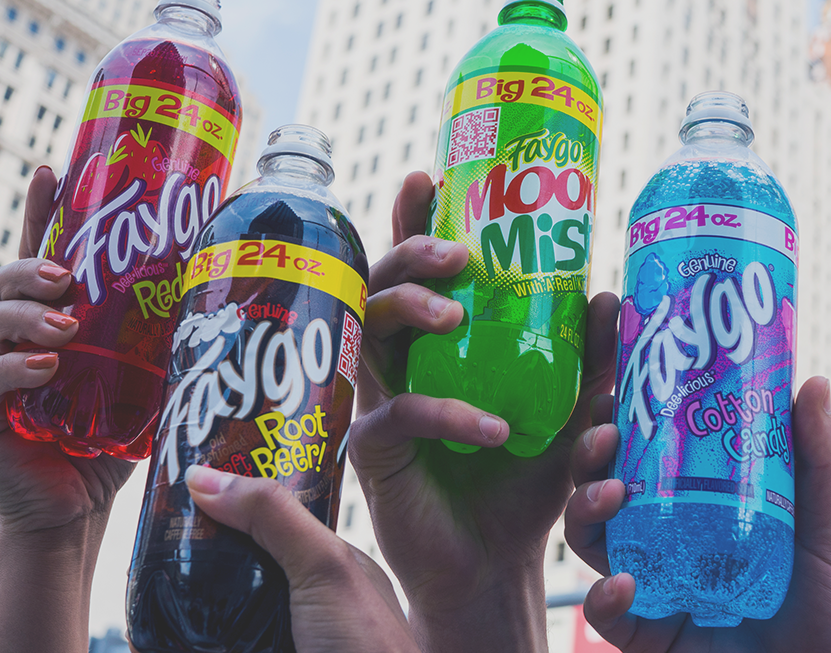 Faygo was originally founded by two Russian immigrant bakers, Ben and Perry Feigenson, in 1922. At the time they’d only produced three flavors which were meant to go along with cake flavors- grape, strawberry, and fruit punch. Today there are over 40 flavors of the drink with increasingly distinct names, including Redpop, Black Cherry, Rock N’ Rye, Jazzin’ Blues Berry, and Ohana Punches. Though it was created in Detroit, it can now be found throughout the Mid-Atlantic, Midwest, and Central Southern regions. 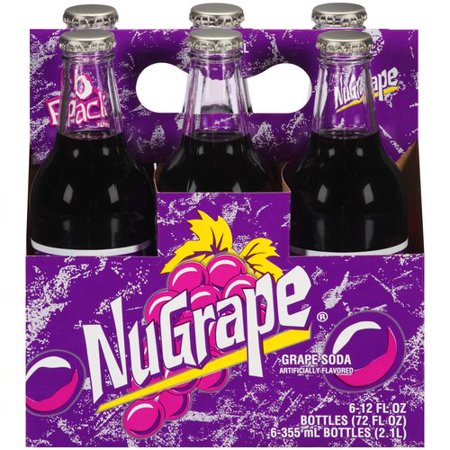 First invented in 1906 in Atlanta, Georgia, NuGrape became a commercial success in 1922. Although it has been acquired by various larger soda companies at this point (including Big Red and Moxie), they’re still using their original recipe which includes real sugar and artificial grape flavoring. Today it can be found in candy and grocery stores throughout the Southeast. 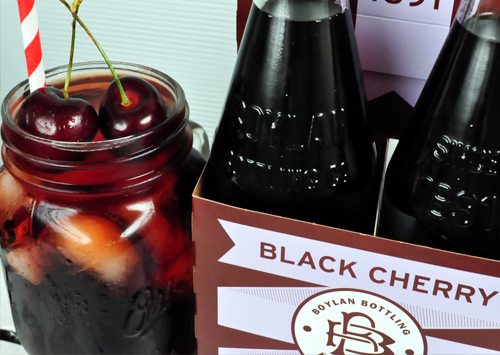 This soda originated in New Jersey and is now 128 years old, having been invented in 1891. The bottles have kept their old school and classic design and the soda has a quality flavor that includes black cherry, ginger ale, and root beer. They also produce a line of diet sodas and seltzers that echo the same quality that they accomplished with their original recipe.

Healthy Dinners to Make With the Family
Scroll to top