As a parent, we all know the difficulties of trying to magically transform boring into fun. We all know the impossible struggle of making broccoli taste like candy, of turning clean-up into play time, of making reading feel like screen time, and even of turning tooth brushing into a party in their mouths. Although we’ll never be able to make veggies taste like cupcakes, we do have the power to transform toothbrushing time into a fun activity. So, parents, pull out your magic wands and let’s get started: 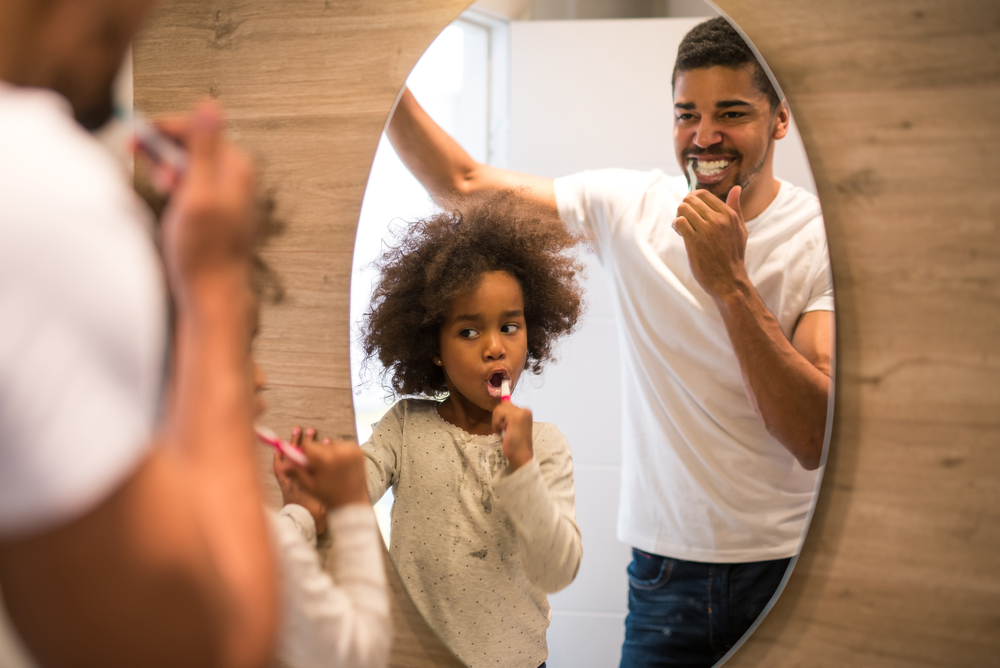 One way to make brushing fun for your child is to invent a game around it. Standing around brushing for two minutes is boring, but what if your child was a superhero fighting off the plaque monsters or the sugar bugs? All of a sudden, what was once a chore becomes a hero’s mission. To add to the fun, give your child a cape and mask to dawn on when brushing time comes around. It’ll make them not only want to brush but excited to do it. And the best part- once you establish what the game is, it’ll stick and become an easy part of your daily routine. Also, if your child happens to have a sibling, you can create a little friendly competition to see which of them can defeat the most plaque monsters.

2) When in Doubt, Dance it Out

If your child loves music, make brushing something they’re excited about by making it a dance party. Put on your kiddo’s favorite music and dance it out while you brush your teeth together. Having you also participate helps because kids tend to mimic their parents and it’ll be something the two of you can bond over as well. There are even some fun Youtube videos you can dance along with:

There are also some Apps you could use to make the party more fun. One app called “Brush DJ” plays music for you while your child brushes. It plays for the duration of the recommended two minutes and you can race against the clock to get all the brushing and dancing done before the time’s up. There’s also an app called “Star Teeth” which allows your child to pick a character who encourages them as they brush their teeth. 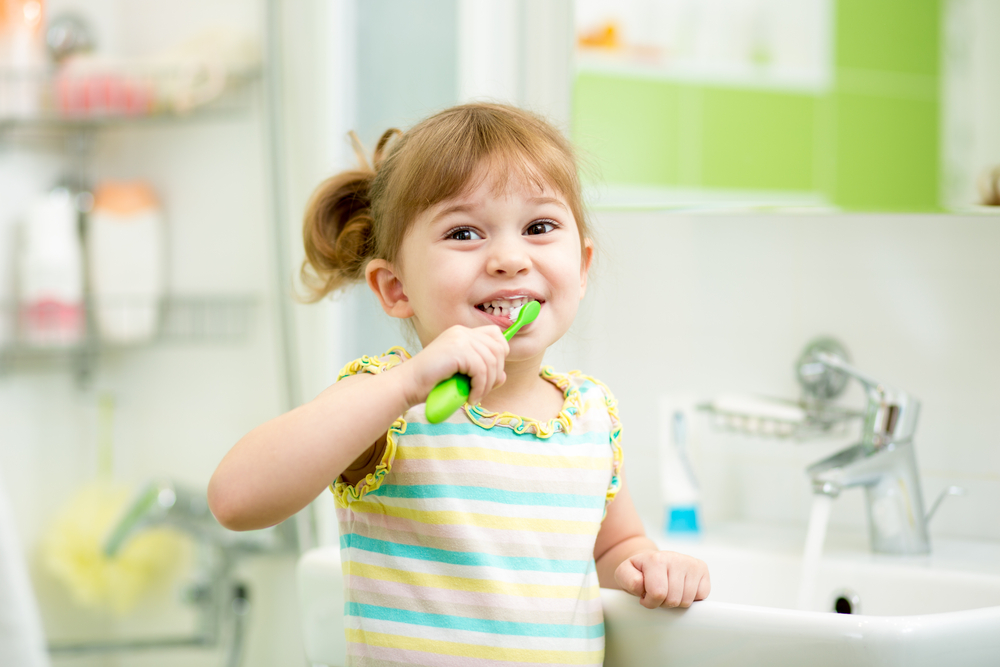 We know bribery can be a bit sketchy. If you were rewarding your child with a toy everytime they brushed, you’d go broke in a month. But don’t worry, there’s an easier way to reward your child. Purchase or print our a fun calendar and buy a pack of stickers you think your child will enjoy. Then tell them that you’ll be giving them a sticker everytime they brush their teeth. After they’re given a sticker, have them place their sticker on that day on the calendar. Finally, decide what type of reward system you want to do. So, for example, you could say that everytime your child completed a full week of stickers he/she would get a new toy. Or after a month of full stickers, they get to go to their favorite amusement park or restaurant. This way your child gets to strive toward a larger goal and toothbrushing become a means of earning things that they love.

We all know that our kids have their favorite toys that they can’t go anywhere without, so why not get them a fun toothbrushing toy? Jokari’s Sprouting Whale Faucet Fountain is perfect for this. Every time your child brushes, you can attach the whale to the faucet to get them ready for a toothbrushing adventure.

You could also purchase your child a toy that you know they’ll love- perhaps one of their favorite television or book characters as well as a new toothbrush. When you present the toy to your child, let them know that the toy will be a toothbrushing buddy for them. And then it becomes a nightly ritual where your child and the toy go in and brush their teeth together (though you’ll probably have to give the toy a little help). 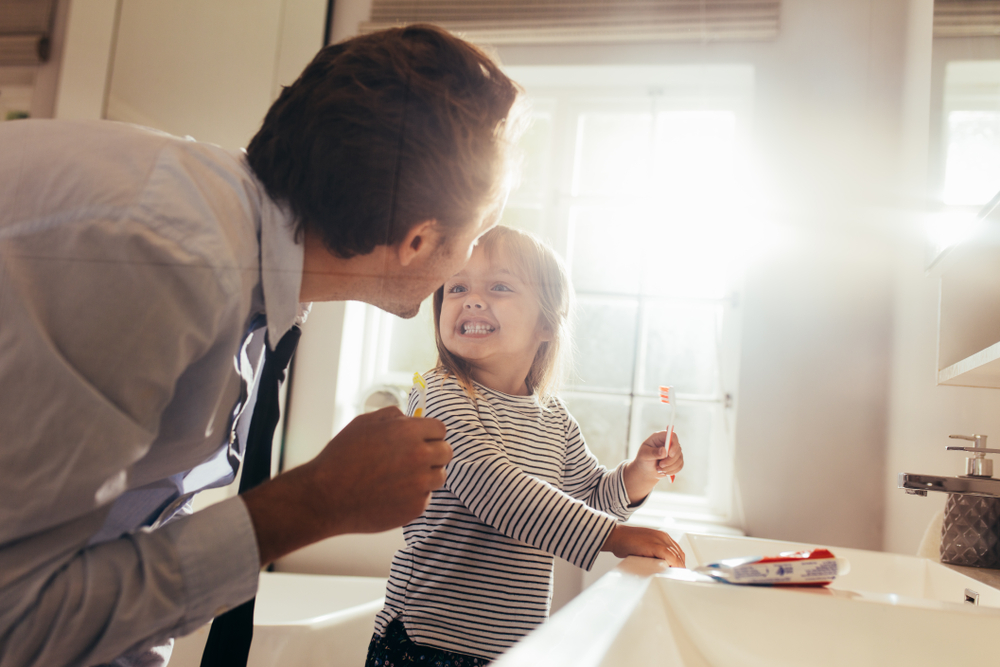 5) Let them be in Charge

As a child, you’re constantly feeling like everything is being done for you when all you want to do is proclaim your independence. There’s no better way to make something more appealing than by making it feel like it’s something they can do on their own. Let your child pick out their own toothbrush and toothpaste. Try to find one that has one of their favorite characters or an animal that they love, and try to find toothpaste with a flip top instead of a screw top (just make sure you monitor them when putting toothpaste on themselves). Then, once you have taught them to brush on their own, don’t help them, just stay close by to cheer them on. Let them do every step- picking up their brush, putting the toothpaste on, running water, brushing, etc. Maybe even do it along with them on your own as well. This helps your child to feel independent and capable, which is something kids don’t get to feel very often.

Although the activity of standing in front of a mirror and brushing for two minutes can be rather boring, with your magical parental powers you can transform it into something your child will look forward to each day. And that’s the tooth!